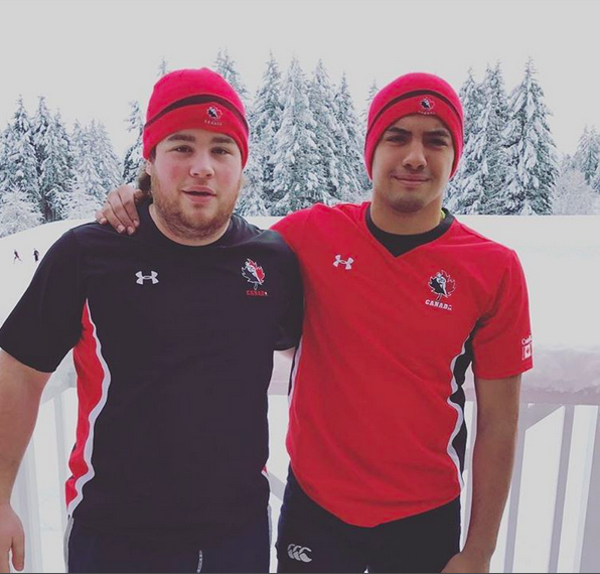 Rugby Nova Scotia is delighted to announce that two Nova Scotia Keltics have been announced in the U18 Canada squad that will travel to France and compete in the the European Rugby Championship in April.

Nathan Lake, of Windsor, Avonview High-school, Windsor Machine RFC and the Keltics U18 and Seif Sanad of Bedford, CPA High school, Halifax Tars RFC and Keltics U18 were both identified at the Eastern Canadian Championship in 2016 in Truro, followed by the National Championship which took place in Toronto.

Provincial coach for Rugby Nova Scotia, Jack Hanratty spoke on the recent announcement: “We have been very lucky to get so many Nova Scotia athletes on Rugby Canada long lists over recent years but making the travel squad and playing against other Nations is the goal. Both these players have been involved in our Keltics academies over the last number of years and their selection to this squad is a credit to all provincial, club and High-school coaches.

The players themselves are incredibly proud about wearing the Canadian maple leaf on their chest.

Nathan : “It hasn’t really sunk in yet but when I got the email saying I was selected I just thought WOW I get to go to France representing my country".

Seif: “This is truly an honour, for me. Since I started playing Rugby I wanted to play for Canada and now that dream is becoming a reality."

Mike Curran the Head coach of Rugby Canada U18s team had this to say about the province and the players:

“I am excited to have players from every region involved in our squad. Our two Nova Scotia players came to our camps and worked hard to get on the team, I am excited to see them grow and hopefully this this is the first of many Canada jerseys for them both".

The squad will travel to France on April 3rd after a three day prep camp In Toronto and will play three International games, the first one will take place in Pont L'Abblé against Georgia U18 who were silver medalist at the tournament last year.

Games will take place all around Quimper, Brittany on the dates of April 7th, 11th and 15th games will be streamed (link tbc)