Cape Breton rugby players in the scrum at sevens nationals 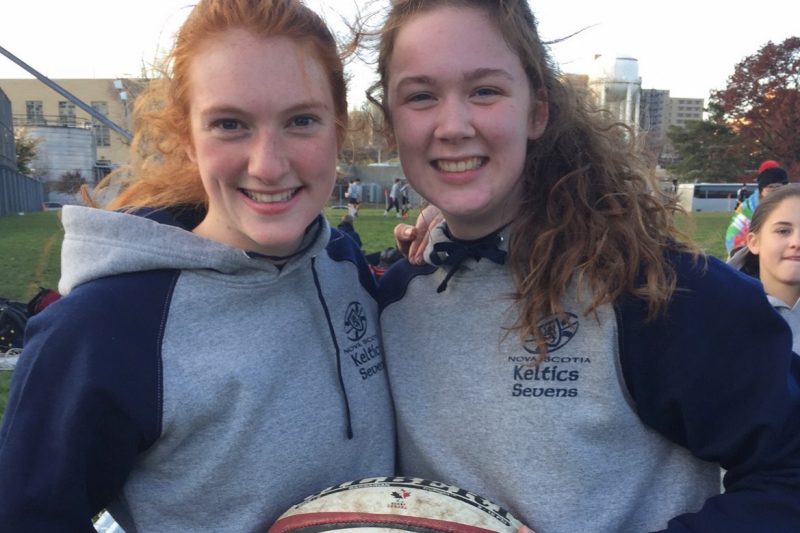 SYDNEY, N.S. — What started as an exercise to see where they stacked up against other players in the province turned into a trip to rugby sevens nationals for two Cape Breton players.

Elish Redshaw of Point Edward and Brooklyn Etheridge of Howie Centre attended a Rugby Nova Scotia general combine in August. The Riverview Rugrats teammates were selected for the provincial rugby sevens roster that will play at under-18 women’s nationals in Burnaby, B.C., on Thursday and Friday.

“This was unexpected and kind of surreal,” said Redshaw, 17, who will play wing for Nova Scotia. “I remember sitting in the first meeting we had with the provincial coach back in August and they were telling us about all the opportunity we have with this program if we stuck with it. And they were going to select 12 girls out of everyone in the province to represent them in Vancouver.

“It seems really far-fetched that I’d even be considered for something like that.”

Rugby sevens is a variation of rugby where teams play with seven players instead of the standard 15. The sport debuted at the Summer Olympics in 2016. With defenders more spread out on the field, there’s more room to maneuver.

The sevens game is well suited for both Redshaw and Etheridge, who grew up playing soccer at a high level. They played in a rugby sevens tournament in New York last fall with the Nova Scotia Keltics, so they’ve had some experience with this particular brand of the sport.

“When we went to try out the first time, our fitness really showed. We were able to run easily and keep up with the girls as far as our stamina,” said Etheridge, 18, a prop for the provincial squad. “We can track people really well across the field, which helps a lot.”

Nova Scotia will compete in Division ‘B’ with Alberta and Quebec. Division ‘A’ includes British Columbia, Newfoundland and Ontario 2, while Division ‘C’ features Manitoba, New Brunswick and Ontario 1.

The bluenose crew plays both teams in their division on Thursday, with the quarter-finals, semifinals and finals set for Friday.

“I’m hoping we can go up there and show what Nova Scotia’s made of, and represent ourselves well,” said Etheridge.