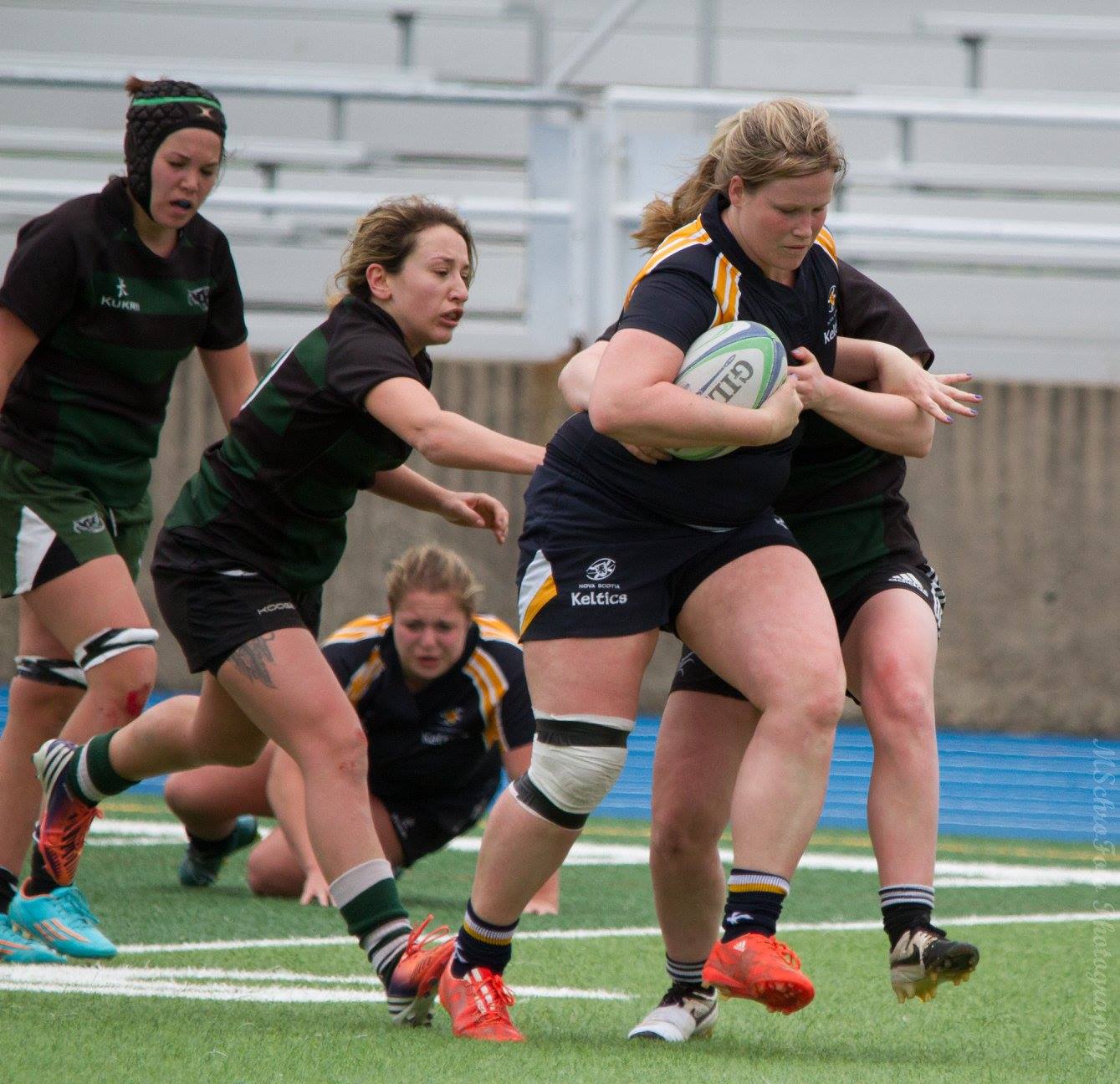 Janice has been involved with rugby for more than 15 years. She started playing rugby in High School in Lethbridge, Alberta and fell in love. Janice was a member of the University of Lethbridge Pronghorns who captured back-to-back-to back CIS National Rugby Championships (2007, 2008 and 2009). That Pronghorn team has since been inducted into both the Lethbridge Sports Hall of Fame and the Alberta Sports Hall of Fame. Janice moved to back Nova Scotia after graduating from the University of Lethbridge with a Marketing Management Degree.

Since her move to back to Nova Scotia (she went to Elementary school in Enfield, NS) she has been very active with the Rugby community. She was an assistant coach at Acadia University (2012, 2013, 2014) before returning to school herself. In 2015 Janice returned to playing rugby; as the co-captain of the Acadia Rugby team, the AxeWomen earned their first ever AUS title, and earned a #1 seeded spot at the CIS National Tournament.  She was the co-captain again in 2016 when Acadia made their second earned appearance at the CIS/USport National Tournament. Janice has been a player/coach with the Dartmouth PigDogs for the past three seasons. She also has been a player for the Senior Women’s Keltics team for the past two seasons.

As a coach Janice found success when her High School team (Lethbridge Collegiate Institute) captured a provincial gold, and then followed up with a provincial silver medal in ASAA Tier 1. Janice is most recently the coach of Nova Scotia Keltics first U18 developmental program, which earned the bronze medal at their first ever appearance at the Eastern Canadian Rugby Championships in St. John’s Newfoundland this past summer.

Janice graduated from Acadia with a Bachelor of Community Development in May and brings with her a wealth of knowledge. Prior to graduation Janice did a six-week internship with Rugby Nova Scotia, which included facilitating the Metro High School Rugby league for both the boys and girls. She has a great passion for rugby, increasing athlete engagement, building membership and maximizing capacity within organizations.