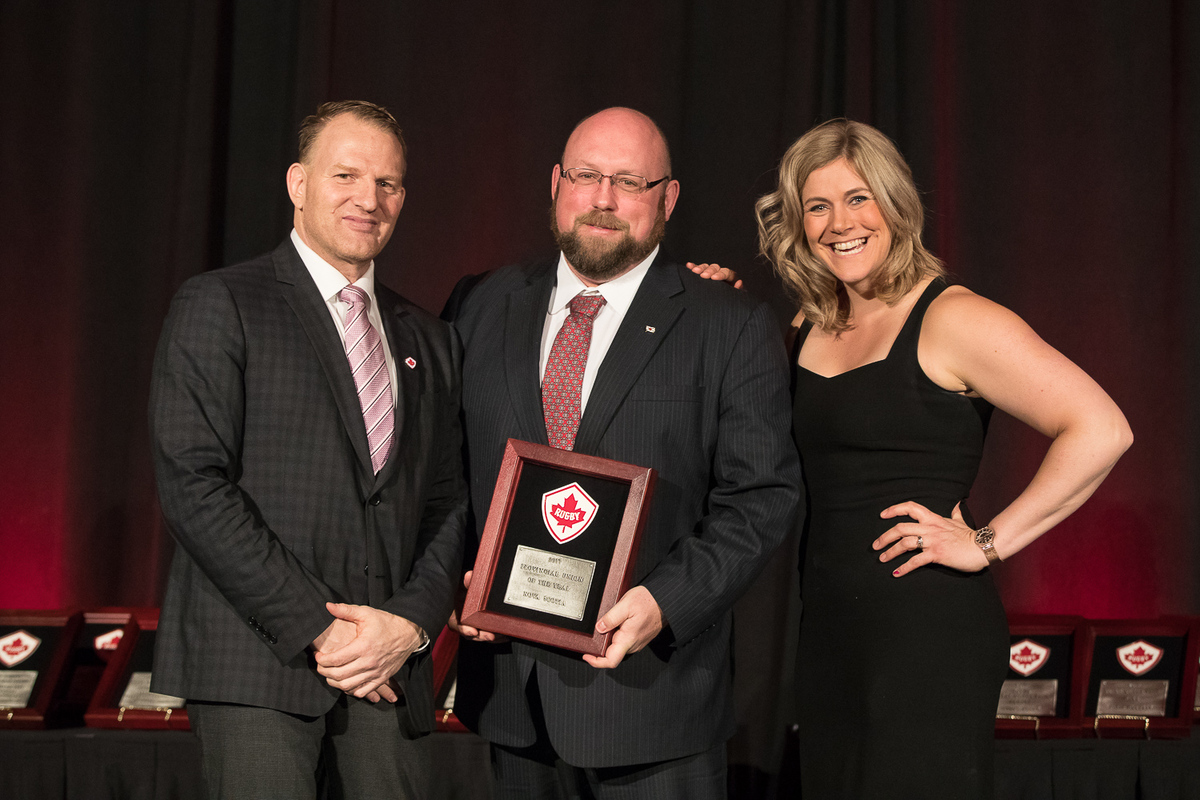 “Geno’s efforts and dedication have left a legacy for rugby in that province and firmly established Rugby Nova Scotia in a position for continued success in the future."

January 24, 2021 (Langford, BC) – Rugby Canada are delighted to acknowledge and congratulate Geno Carew for 8 productive and impactful years serving as President of Rugby Nova Scotia.  Mr. Carew formally announced yesterday at the Rugby Nova Scotia AGM that he would not be returning for another term as President.

Carew has long been a staple in the rugby community having been a player, coach, referee, and administrator at every level of the game in Nova Scotia.

During his tenure as President, Carew has overseen a number of achievements and initiatives including:

·        Increased size of the Board and staff of Rugby Nova Scotia

·        Oversaw the reinstatement of high school rugby in the province

“On behalf of Rugby Canada and the entire Canadian rugby community I’d like to extend my heartfelt thanks and gratitude to Geno for his passion and dedication to our sport and to the Province of Nova Scotia,” said Rugby Canada Chairperson Tim Powers.  “Geno’s efforts and dedication have left a legacy for rugby in that province and firmly established Rugby Nova Scotia in a position for continued success in the future.  Congratulations Geno and we wish you all the best in the future.”

Jack Hanratty, head coach of Nova Scotia’s Senior Provincial Teams and Canada’s U20 Women’s Team said, “Geno has been a leader in every aspect of Rugby Nova Scotia.  He has steadied the ship while also never wanting to stand still he continues to push our organization forward every day.”  Hanratty added, “The respect he has from all the clubs, community groups, players, coaches and colleagues is clear for all to see and although he will be gone in title I have no doubt he will be an advocate and continued member & friend in our sport.”